GINGER ABILITY with Mike and Roy

Ginger has been around forever and there are some very good reasons why you should keep it in your home on a regular basis. Ginger has a long-standing reputation for being a very useful medicine in traditional and alternative medicine. I use ginger for so many dishes, teas and other medicinal reasons… it's invaluable to your health. And it has a delicious, light, refreshing unique taste as well. There are many more ways to consume ginger aside from just being a sidekick to sushi, as we'll show below.

Ginger is one of the most powerful natural medicines (without the harmful side effects) with wide-reaching capabilities for many (even serious) health conditions you can possibly find. And are you surprised that ginger is very closely related to turmeric, another super-powerful health enhancer?

Ginger is more powerful than several pharmaceutical preparations, including Dramamine (sea-sickness medication), certain types of chemotherapy, and anti-Inflammatory medications–without the harmful side-effects. While many of the components in ginger are still being studied, two primary components stand out as being highly effective—one is gingerol, found primarily in fresh ginger and the other is shogaol found in dried ginger.

As you may already know, oxidation and inflammation are some of the main contributors to serious and chronic diseases such as cancer, heart disease, arthritis, and Alzheimer's. Ginger's ability to stop inflammation and act as an extremely powerful antioxidant means that it can help to prevent, slow or even stop serious diseases from advancing. 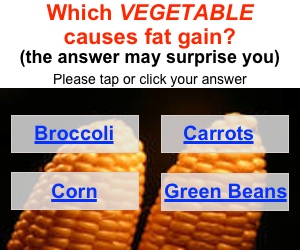 Reduces Pain and Inflammation in Arthritis

The anti-inflammatory compound, gingerol, helps reduce pain and inflammation and improve movement in people with osteoarthritis and even rheumatoid arthritis—when consumed on a regular basis. According to George Mateljan in World's Healthiest Foods, two studies involving patients with arthritis found that 75% reported relief from pain and swelling. 6-gingerol inhibits the production of nitric oxide and highly reactive free radicals, from a study published in the November 2003 issue of Life Sciences. In another study from Feb 2005 issue ofJournal of Alternative and Complementary Medicine, ginger was shown to prevent the formation of pro-inflammatory compounds, cytokines and chemokines in the lining of the joints, as well as other inflammatory compounds in the joint cartilage and immune cells. And, ginger is also highly effective at preventing muscle pain, stiffness, and inflammation from exercise as well.